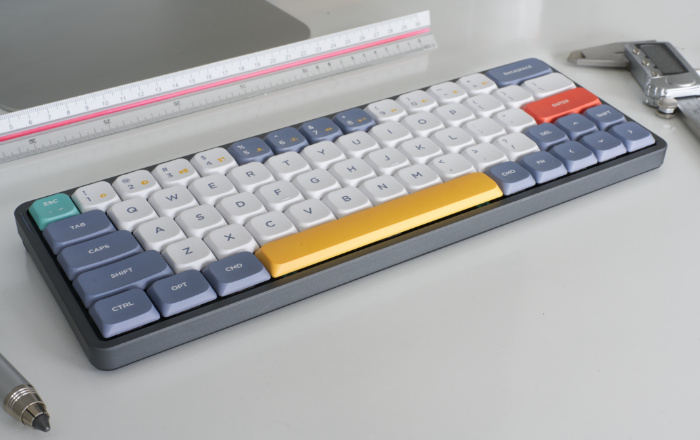 The keyboard designers and engineers at NuPhy have announced that their new and highly anticipated Air60 wireless/wired mechanical keyboard will be available to preorder in under a weeks time, later this month. Preorders will be available from March 29, 2022 and the presale will continue until April 29, 2022 offering the Air60 keyboard with carry case for just $109.95. NuPhy has made extra options available, allowing you to choose your preferred low-profile keyboard switch. The Air60 is available with a choice between Gateron Red, Gateron Blue or Gateron Brown switches depending on your preference. Not only that, but NuPhy is also including a couple of extras, including the already mentioned Nufolio V2 carry case completely free and the ability to add an extra set of COAST Keycaps in the form of the Twilight, for an extra $10, saving you 47% off the recommended retail price. 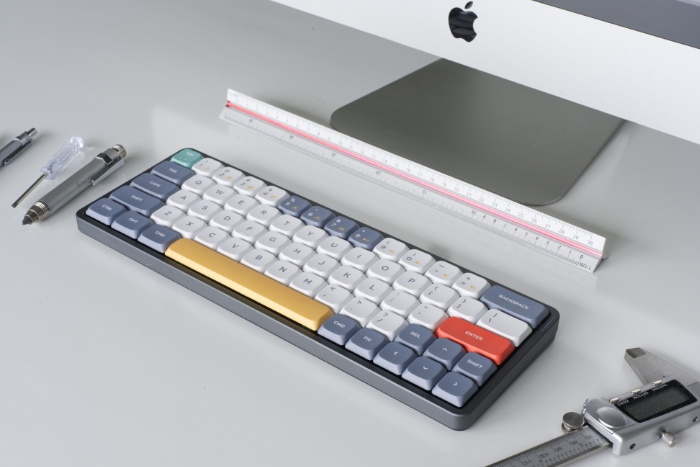 NuPhy has kindly provided us with an early production sample to put through its paces and I have to say this compact 60% ultra slim wireless mechanical keyboard is a fantastically well-designed piece of kit. Equipped with the world’s thinnest PBT spherical keycap and featuring an extremely well thought out compact design. The Air60 builds on the company’s NuType F1 keyboard, launched roughly two years ago. Taking on feedback from the NuPhy community, their latest Air60 has been designed to replace the native Apple keyboards available for use with their range of computers. Whether it be the iMac, MacBook or latest Mac mini and Mac Studio systems launched earlier this month. The Air60 is also compatible with Apple’s iPad seamlessly and is also compatible with 99% of other laptops running Windows. Made for Mac supports Windows

However, Apple users will fully appreciate the extra design elements and thought that has been put into the keyboard and its size. The Air60 perfectly fits over your MacBook’s laptop keyboard, allowing you to benefit from a mechanical keyboard when working on your Apple laptop. NuPhy has even made sure their wireless keyboard supports the latest MacBook Pro laptops powered by Apple’s new M1 Pro and Max processors. To create such a compact, yet versatile 60% layout keyboard, obviously NuPhy had to make a few hard decisions during the design process. Limiting what can be included and carefully considering what to cut from the keyboard’s design and layout. NuPhy has done a fantastic job in this area, opting for a non-standard layout. The right shift key is located to the right of the up arrow key on the right-hand side of the keyboard. The AirFeet on the bottom of the keyboard are thin enough to slot between the keys of your MacBook, providing unrestricted access to the touchpad and palm rests of your MacBook while typing. The AirFeet also raises the keyboard slightly, removing any possibility of damaging the MacBooks keyboard when positioned above it. The low-profile keys are housed in an aluminum alloy casing and the keyboard supports both Windows and Mac operating systems, allowing you to choose which to support using a switch on the rear top edge. NuPhy has included the option to switch between wireless and wired connections using a similar switch to the on/off and operating system selection button, once again positioned on the rear top edge.

Equipped with a 39% larger battery than the original NuType F1 and offering the same 2,500mAh battery included in the larger form factor Air75. The Air60 features a low-latency 2.4g wireless connection when used wirelessly although you can quickly transfer to a wired connection using the keyboards hot-swappable functionality when needed as explained previously. 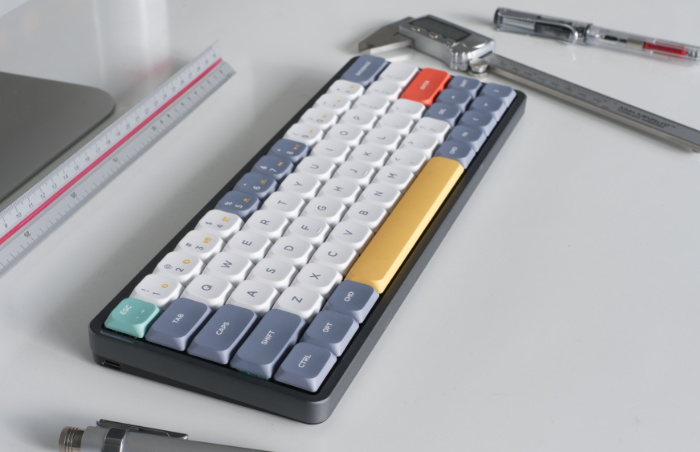 The aluminium case is complemented with a translucent plastic back plate to improve wireless connectivity when using Bluetooth and the battery has been beautifully hidden with a mirrored metal nameplate just large enough to cover the entire battery but also adds further ascetics to the keyboards design. You can see the Air60 keyboard positioned on my M1 MacBook Air in the photo below and beautifully thoughtful design of its undercarriage. Similar to the SA profile, the profile of the COAST keycaps is a spherical design, which has an enlarged finger area for increased accuracy and comfort during longer typing sessions. NuPhy has also color-coded the multimedia functions yellow, making them easy to see and recognize as well as adding to the aesthetic overall design of the keyboard. If you would like to own a unique keyboard, meticulously designed to work with both Mac and Windows operating systems, then I highly recommend the new NuPhy Air60 which will be available to preorder later this month from March 29, 2022 for $109.95. Complete with free carry case and the ability to purchase an extra set of COAST Twilight keycaps for just $10. For more information and full specifications, jump over to the official NuPhy website by following the link below.