Google has today added more languages to the spoken word feature on its Google Translate application for Android. Allowing you to now listen to translations in 24 languages, with dramatically improved quality spoken translations added to Russian, Chinese and Portuguese.

Three new languages have been added in the new update for Japanese, Arabic and Korean. Allowing you to now use the Text-To-Speech for 15 languages. Watch the video after the jump to see the Google Translate Text-To-Speech feature in action. 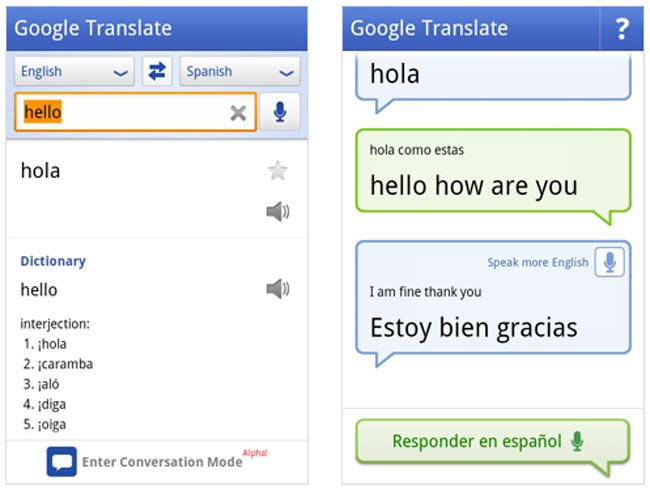 Google Translate for Android now supports translation between 58 languages with 24 spoken and is available on the Android Market and works on phones and tablets running Android 2.1 and above.