Barnes & Noble hoped to stop modders being able to side load applications on to their by releasing a new software update to their Nook tablet that was created to make the process hard to carry out. Unfortunately for Barnes & Noble an even easier way has now been discovered that allows owners to now circumvent the locked boot loader on the Nook tablet using just an SD card. watch the video after the jump to see it in action. 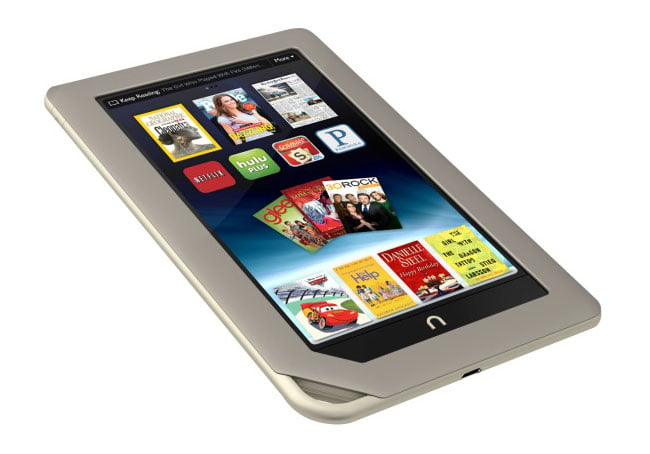 The new workaround can be used on all Nook Tablets running versions ump to 1.4.1. All users need to do is load a few files on to a specially formatted SD card and then insert it into the device, and reboot the tablet.

Once completed the SD Card mod turns your simply Nook device into a full-fledged Android tablet, complete with Google apps and the Android Market. For full instruction on how to carry out the work around using an SD card jump over to the XDA Forums for a complete run through.