The Nook Color is designed to be used as an eBook reader, but since its runs Google’s Android OS, the guys over at the XDA decided to root the nook color to see what this $250 Android tablet was capable of.

So what app did they decided to install on the Nook Color, to show it working as a fully fledged Android tablet? Angry Birds of course. 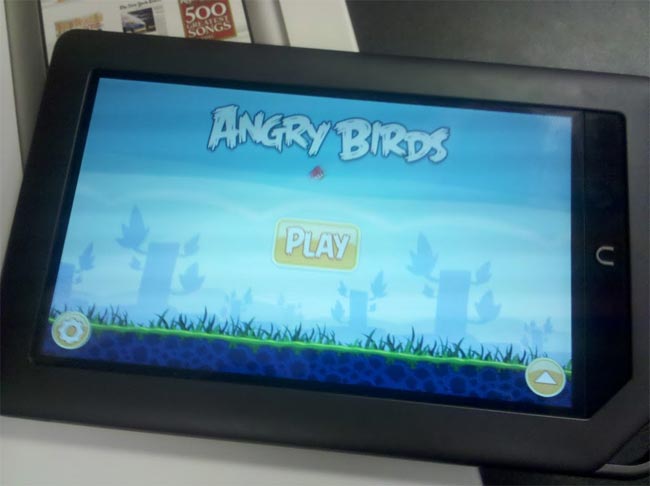 You can find out how they achieved this over at the XDA developers Forum, no doubt we will see many more apps installed and running on the Nook Color in the future.