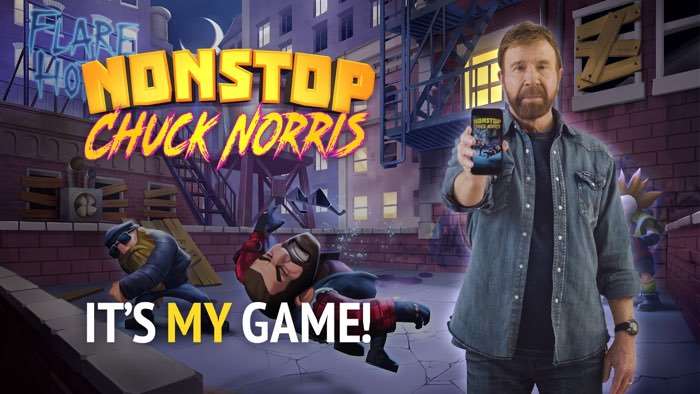 The new Nonstop Chuck Norris game is coming to Google’s Android platform and Apple’s iOS platform next month and you can see a quick preview of the game in the video below.

Nonstop Chuck Norris is an action game for mobile devices (iOS, Android) set to release worldwide in late April. Downloadable for free, the game will allow you to harness the unstoppable power of Chuck Norris, with your role being to act as a sidekick to the man himself. In this (literally) nonstop adventure, assist Chuck Norris as he travels through multiple universes, fighting an infinite horde of punks and all-round bad dudes while collecting jokes and facts about his legendary status. In addition, power-up Chuck Norris with wacky weapons such as foldable chairs, chainsaws and even selfie sticks, and unleash signature moves such as roundhouse kicks and fist slams.

You can find our more details about the new Nonstop Chuck Norris game over at Flaregames at the link below.