I don’t think we can go by a day when there’s no rumor about the Nokia X, aka Nokia Normandy. Yesterday, the alleged handset made an unexpected appearance at a Vietnamese retailer, and was later removed after it was spotted by the entire blogosphere. It did offer users with information related to the hardware it could bring at the table.

Today, we have something similar, but this time, it comes from the famed Twitter leaker who goes by the name of @evleaks. He shared some specifications of the alleged Nokia X aka Normandy and what we could expect from the handset. 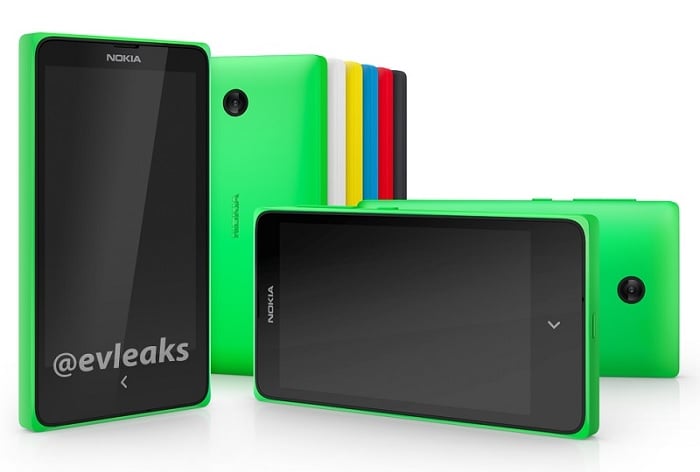 According to @evleaks, the Nokia X will come with a 4-inch WVGA display, a dual-core processor clocked at 1GHz, 512MB of RAM, 4GB of internal storage that comes with microSD card slot for additional storage and dual-SIM capabilities. To make sure there’s enough juice for this device, it comes with a 1,500 mAh battery that should give users plenty of battery time considering it’s a low-end device.

The surprising part is that users will be able to install 3rd party applications, as well as apps from the Nokia Store — I’m assuming he’s referring to Google Play Store apps. Lastly, the purported Nokia X will be available in six colors, which we already know thanks to the same source who posted countless press renders of the alleged handset (including the one posted above). In terms of launch, it’s expected to see the daylight next month at the Mobile World Congress 2014.