It’s literally raining Nokia Normandy, the handset which is expected to come with a forked version of Android, leaks. Yesterday, we saw an engineering prototype of the device, giving us a glimpse of what the user interface of the OS could look like.

Earlier today, the avid leaker @evleaks posted yet another press render of the alleged Nokia Normandy, showing the device in all its colors. 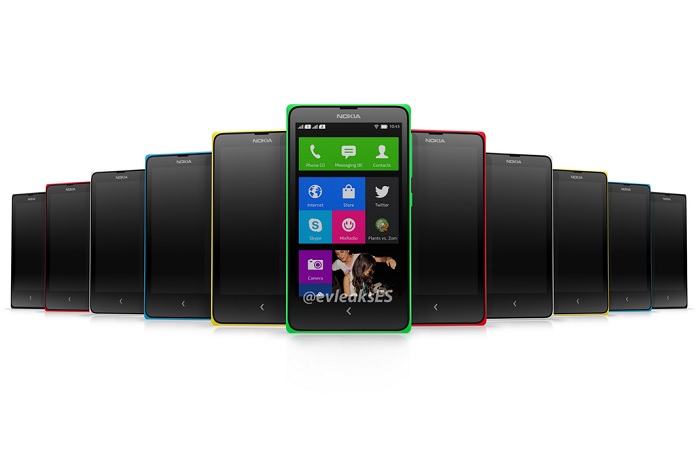 The speed at which the leaks are emerging makes it more tempting that the handset might hit retail very soon. The interface may not please the Android fans over the globe, but it’s said to be a forked version. It seems the latest leak shows the main home screen of the operating system with applications like messaging, Skype, Twitter, Plants vs Zombies 2, and others.

Well, there’s still no confirmation from the Finns if we’re going to see this handset hit retail, which might be a little difficult considering the Microsoft acquisition will be complete in the coming months. And, the fact that the Redmond may not like this, and might discontinue the product.

The details about what it will bring at the table are scarce, but its definitely going to be an entry-level handset with dual-SIM capabilities.

We’ll update you as soon any other information pops up.