Next week at the 2011 Nokia World, which starts on the 25th of October and takes place in London, we will finally get our first look at Nokia’s new Windows Phone 7 smartphones.

Yesterday we saw some leaked photos of the new Nokia 800 and today we have another photo which is reported to be of the Nokia Sabre Windows Phone, and from the looks of the photo below it is a prototype version of the device. 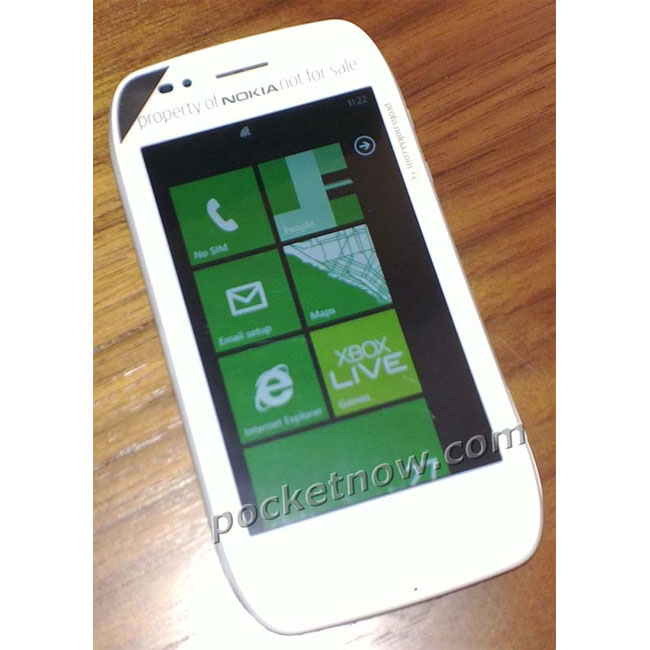 According to the guys over at Pocket Now, the Nokia Sabre will feature a single core 1.4GHz processor, 1GB of RA, a 3.5 inch WVGA display and a 5 megapixel camera, and of course Windows Phone 7.5 Mango, I guess we will find out some more details next week.