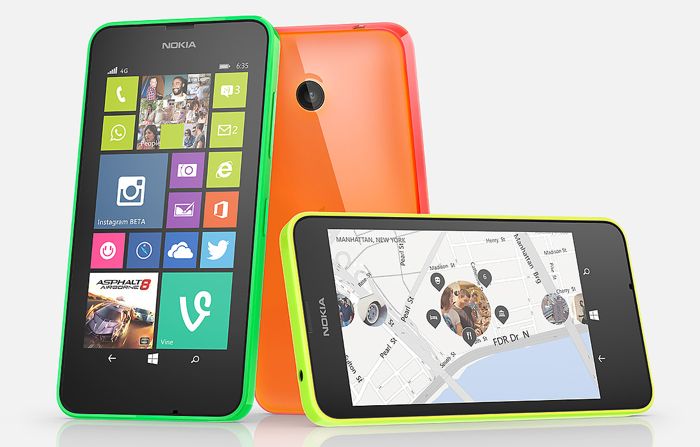 Last week we told you that the unlocked version of the Nokia Lumia 630 would be available in the UK this week, and now Microsoft has announced that the official Nokia Lumia 630 release date for the UK is the 29th of May.

Microsoft have announced that the Nokia Lumia 630 will be available from a range of retailers in the UK which include the Carphone Warehouse, EE, Tesco and Amazon for £89.95.

Conor Pierce, VP of Microsoft Devices for the UK & Ireland states: “The Nokia Lumia 630 offers great apps and high end technology which all run seamlessly under the beautiful Windows phone 8.1 interface. This is a great product for our customers, providing a premium experience at an affordable price point. In our opinion, this is the best smartphone in its price range on the market today.”

The Nokia Lumia 630 comes with Windows Phone 8.1 and it features a 4.5 inch display that has a FWVGA resolution, the device is powered by a quad core 1.2GHz Qualcomm Snapdragon 400 processor and it also comes with 512MB of RAM.

Other specifications on the Nokia Lumia 630 include 8GB of storage, plus a microSD card slot for expansion, the device comes with a 5 megapixel camera, plus WiFi and Bluetooth.

The handset will launch in the UK next week on the 29th of May and it will be available in a range of colors which will include, bright orange, bright yellow, bright green and black and white.