We have seen a number of leaked photos of the new Nokia Lumia 630, and now we have another from @evleaks, which shows that the handset will come in a range of colors.

It looks like the Nokia Lumia 630 will be available in a range of different colors, which will include black, white, yellow, orange and green. 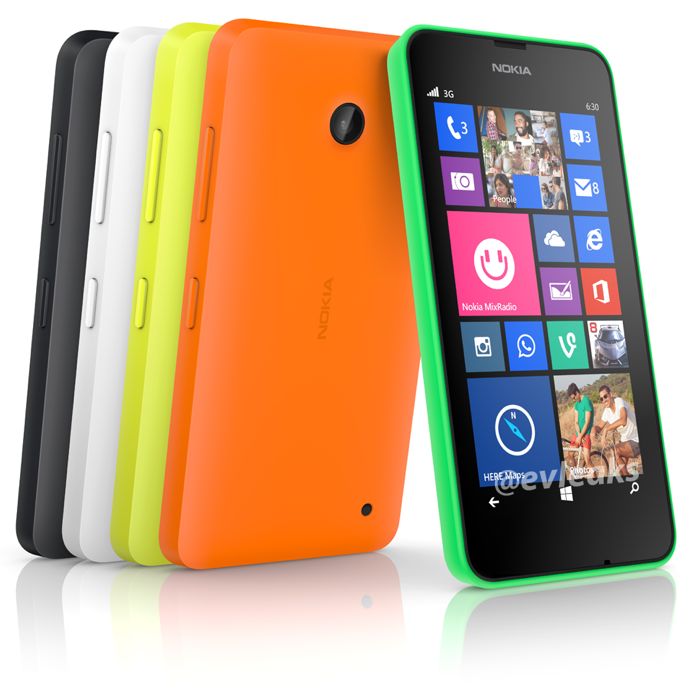 The Nokia Lumia 630 is rumored to come with Microsoft’s Windows Phone 8.1, and the handset is said to feature a 4.5 inch display that will feature a resolution of 854 x 400 pixels.

Processing on the Lumia 630 will apparently be provided by a Qualcomm Snapdragon 400 processor, and the device will also feature 1GB of RAM.

The device is also expected to feature front and rear facing cameras, as yet we do not have any information on the camera specifications.

We are expecting the Nokia Lumia 630 to be made official some time net month, and it may be launched at the same time as Windows Phone 8.1.