As well as announcing the Nokia Lumia 900 for Europe and Canada, Nokia also announced another Windows Phone handset that we have been hearing about over the last few weeks, the Nokia Lumia 610.

The Nokia Lumia 610 is designed to be an entry level Windows Phone smartphone and it comes with a 3.7 inch WVGA capacitive LCD touchscreen display which has a resolution of 800 x 480 pixels. 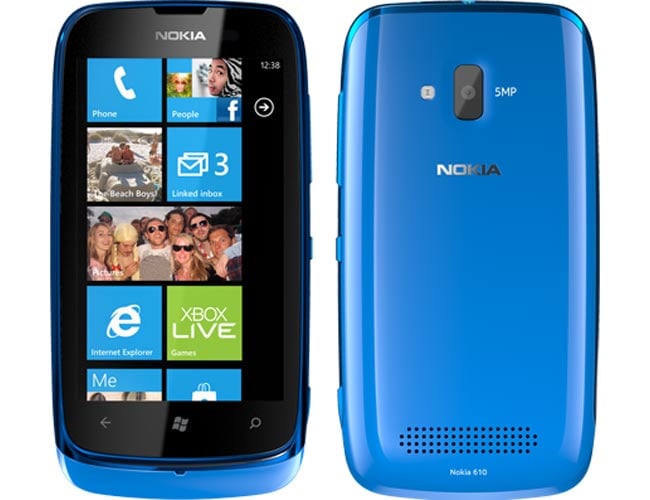 Other specifications on the Nokia Lumia 610 include a single core Qualcomm Snapdragon S1 800MHz processor, 256MB of RAM and 16GB of built in storage.

The Nokia Lumia 610 also features a 5 megapixel camera with auto-focus and an LED flash, plus a 1300 mAh battery, it will go on sale in Quarter two of 2012 and is expected to retail for around 189 Euros.