Nokia Lumia 2520 tablet has seen its fair share of rumors in the past few weeks. The tablet is expected to see the daylight in less than two weeks at Nokia World in Abu Dhabi on October 22nd. We have a good idea about the specifications the Windows RT 8.1 tablet is expected to bring at the table.

Today, we have another interesting piece of news for all those people who are eagerly waiting for Nokia Lumia 2520 Windows RT tablet. It is rumored that Nokia Lumia 2520 will head to Verizon and AT&T as well in November. 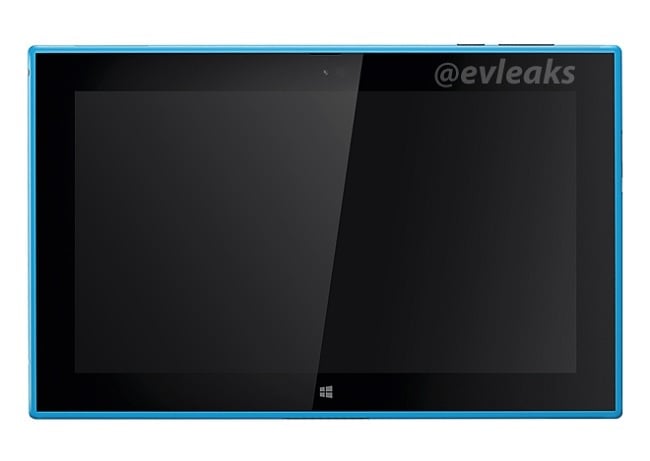 The folks at WPCentral received a tip from their trusted source, who mentions that Nokia Lumia 2520 will hit Verizon in mid-November (17th/18th November possibly) and will be available for a $500 price tag, which rumored earlier as well. It seems to be the 32GB model, which will be available in black and red color, according to the source. However, there’s no confirmation if both of these are separate colors or just a single one with red back color and black front. But, we did saw the tablet in cyan color earlier today.

The tablet is also expected to make an appearance on AT&T early-November, along with the purported Nokia Lumia 1520.

According to rumors, Nokia Lumia 2520 is expected to feature a 10.1-inch display with 1080p resolution, a Snapdragon 800 SoC, 2GB RAM, 32GB internal storage with a microSD card slot, 6.7MP camera with Carl Zeiss optics and will run Windows RT 8.1 on top of it. Both Verizon and AT&T models will be sold through Microsoft Store.

Nokia is expected to unveil the tablets in less than two weeks at Nokia World in Abu Dhabi on October 22nd. At the event, Nokia is also expected to take the wraps of its 6-inch Lumia 1520 phablet as well.