Nokia has announced HERE Maps will make its way to WIndows 8.1 devices, including desktops, laptops and tablets, in the coming weeks. In addition, users will be glad to find out that both Windows 8.1 RT and the Pro versions will be supported.

Previously, the application was available for only for Nokia Lumia 2520, but users on other Windows 8.1-powered devices won’t have to wait much longer. 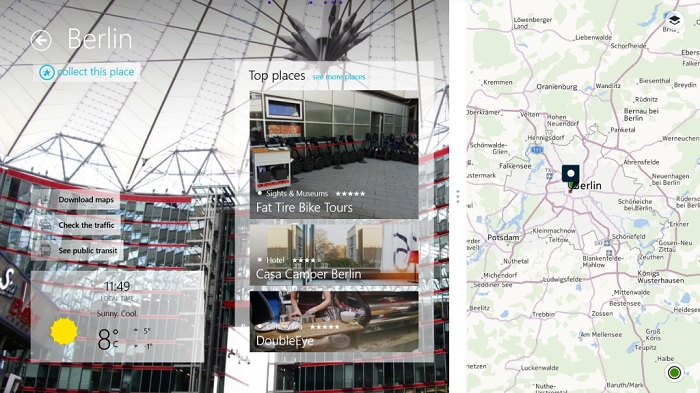 For those of you who don’t know, it’s an all-in-one mapping application that combines vector, satellite and 3D maps, points of interest, search and route planning, and let users find directions and more. You can call it an alternative to Google Maps or Bing Maps, well, may be not as accurate as other services.

Today we’re delighted to announce that the HERE Maps application for Windows 8.1, currently only available on the Nokia Lumia 2520, will soon be available for all Windows 8.1 devices, including laptops, desktops and tablets. Both Windows RT and Pro devices will be supported. The app will be free and available from the Windows Store.

In addition, users can also download the maps so they can be used without an internet connection. Offline maps can launch as quickly as your computer can manage, and users can use the touchscren for navigation as well as the keyboard and the mouse. Lastly, the app will also record of your search history and routes you have calculated.