If you’re a T-Mobile customer who is looking for a new phone running Windows 8, a roadmap for the company shows a new device is inbound. A leaked screenshot has turned up today that shows April 24 listed for the launch of a device called the Nokia Flame 4G. 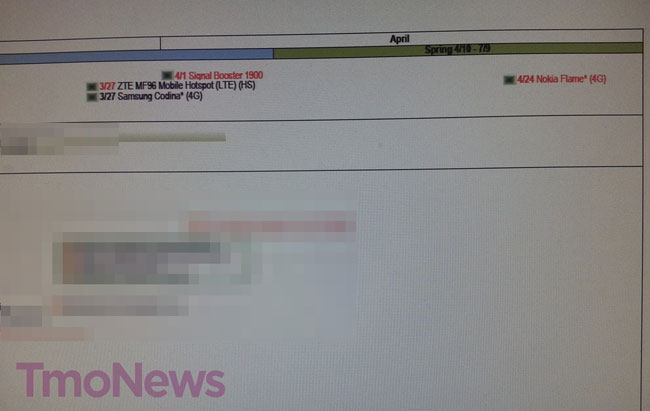 The device is presumed to be a Windows 8 smartphone and rumors hint that it will be a basic device for entry-level consumers. There is some indication that it could be a prepaid phone. Rumors had previously hinted that the device will have a four-inch display and a 1 GHz dual core processor.

Previous rumors also say the device will have 512 MB of RAM, 4 GB of internal storage, and a five-megapixel digital camera. The phone is also tipped to include a microSD card slot for storage expansion. This sounds like a rather boring device to me, but it could be appealing to users on a strict budget or those looking for their first smartphone.