It all begins with this Annette Douglas chick who had a great idea. Six years ago she won a prestigious award for sound proof walls she invented that was applicable in an office space. Now Annette has taken that concept further with the help of some very special people. 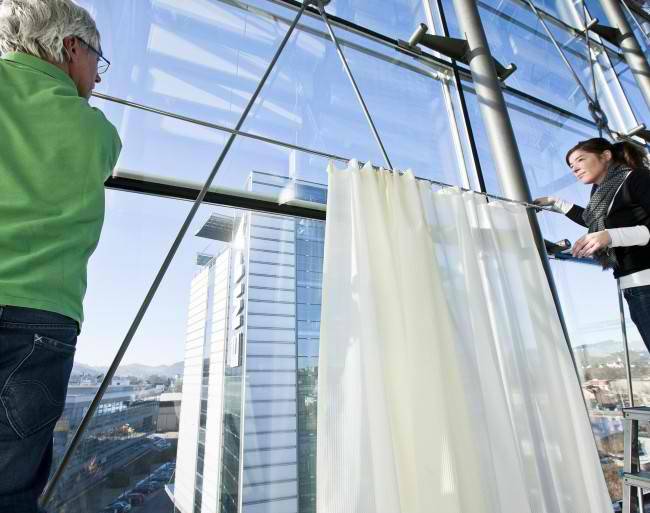 The special ones were Swiss firms Weisbrod Zuerrer and Empa. The former are curtain weavers, the latter are acoustics experts. What do they have in common? That’s where Annette comes in. Annette is a textile designer and she had this smashing idea for curtains that can mute/significantly reduce  outside noises. It’s a concept that has lots of potential in our frenzied, bustling world where the conduct of some businesses requires a little low volume ambience.

The special curtains are just about to be unveiled and so far the buzz from certain industries (like hotels) are glowingly positive.