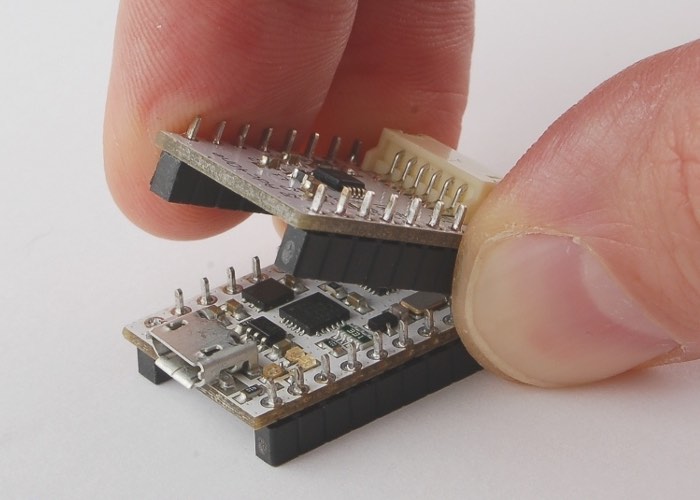 Pontus Oldberg based in Östra Ingelstad, Sweden has developed a new Internet of Things modular building blocks system called NodeIT that can be used to build a wide variety of connected devices.

Watch the video below to learn more about this innovative new Internet of Things platform that makes it easier to create projects that can be connected together. The NodeIT project is currently over on the Kickstarter crowd funding website looking to raise enough pledges to make the jump from concept to production.

Initially we tried many ideas of interfacing the device to other processors but we pretty soon found out that the processor that is already on board the ESP8266 is powerful enough to perform most required tasks. The early detours however gave us valuable knowledge about the device and its inner workings and the tools around it.

Instead we started to move in another direction and started to brake down what hardware components you normally would need to create things like alarm systems, environment monitors, surveillance equipment, irrigation systems…… and of course bird house monitors.

We quickly realized that if we created a base controller with a minimum set of features such as the ESP8266, a USB to Serial transceiver and a simple voltage regulator you end up with a completely autonomous board that can be hooked up to a USB port and programmed directly, without any other circuitry. This led us to the ESP210 module. A 27mm x 17mm module complete with everything needed to program the device and hook it up to wireless network.

So if you think NodeIT is something you could benefit from, visit the Kickstarter website now to make a pledge and help NodeIT become a reality.