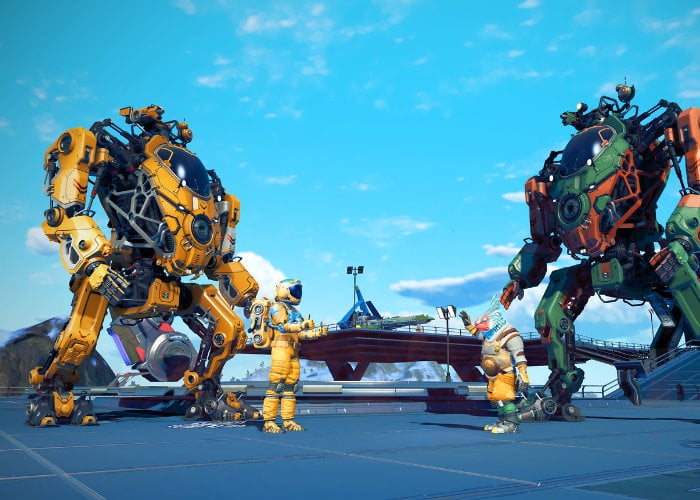 Yesterday the Xbox team inadvertently published a promotional video for the No Man’s Sky game revealing new mech vehicles before any official announcement by the games developers Hello Games. Today founder of Hello Games, Sean Murray has taken to the official PlayStation blog to officially unveil and introduce the new mechanical vehicles that allow you to “traverse and explore hostile planetary surfaces in the safety of your very own exo-suit”.

The latest free update to No Man’s Sky brings with a wealth of new features , tweaks and updates. Check out the mech into below for a quick overview of the new vehicle. “Players are already familiar with the suite of exocraft which players can research and unlock in the game: the Nomad, the Roamer, the Colossus and the Pilgrim. Today, we introduce a fifth: the Minotaur.”

“Hello! It has been a few weeks now since we released the Living Ship update for No Man’s Sky, and it seems like PS4 players can’t get enough of exploring the universe in these crazy organic beings that they’ve grown from an egg! It’s been especially satisfying to see PS VR players jump inside their ship for the first time and marvel/recoil at the organic innards!” 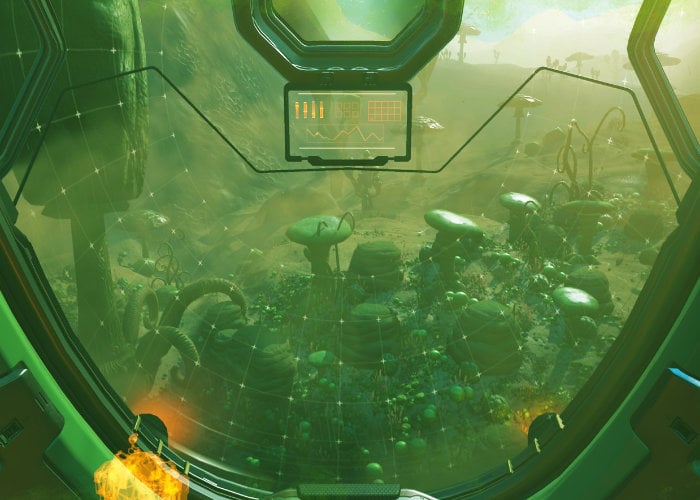 “The Minotaur Exocraft is a unique new exocraft / suit hybrid and introduces a different way to explore planets. This mechanical walker shields its pilot against hostile extraterrestrial atmospheres, providing immunity against hazards such as radioactivity and extreme temperatures. Its special defining feature, though, is the freedom of movement it affords. The Minotaur’s powerful jetpack allows it to soar powerfully through the air, and land on terrain with a satisfying slide. We think it’s a lot of fun to stomp around in, especially in PS VR.”