Audio headphone maker Nixon has created its very first Bluetooth speaker system in the form of the compact and portable Nixon Blaster Bluetooth Speaker, which has just won an accessory award at the 2013 ISPO awards.

The Blaster Bluetooth speaker system from Nixon features an all-in-one design and is enclosed in what Nixon calls a “virtually indestructible exterior”, and I am sure that bold claim will be put to the test very soon as review units are made available. 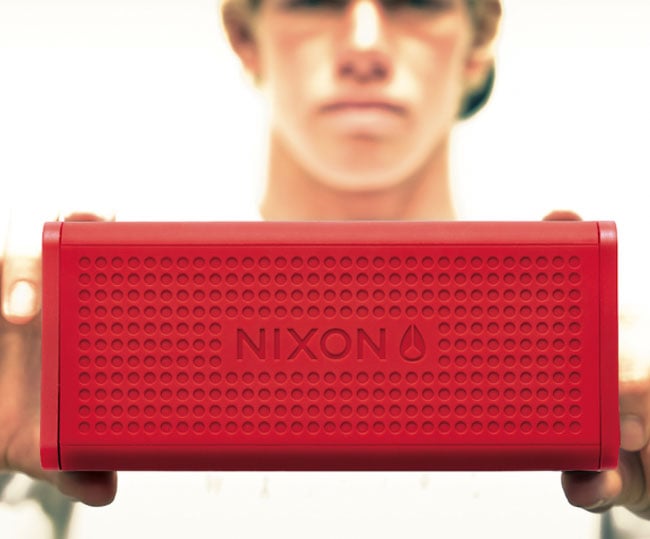 The Blaster has been fitted with a battery that is capable of powering the device for up to 18 hours on a single charge, and Nixon’s co-founder Chad DiNenna explained:

“The Blaster is a true reflection of seeing our ‘team-designed, custom-built’ focus at work through product and design,”-“The Blaster was realized and developed through the experience of our team of athletes and artists. We created The Blaster with this in mind and what resulted was a product that elevates the experience of what we do, wherever we do it.”

The Blaster will be arriving in stores during May 2o13, but unfortunately no information on pricing has been released as yet by Nixon.