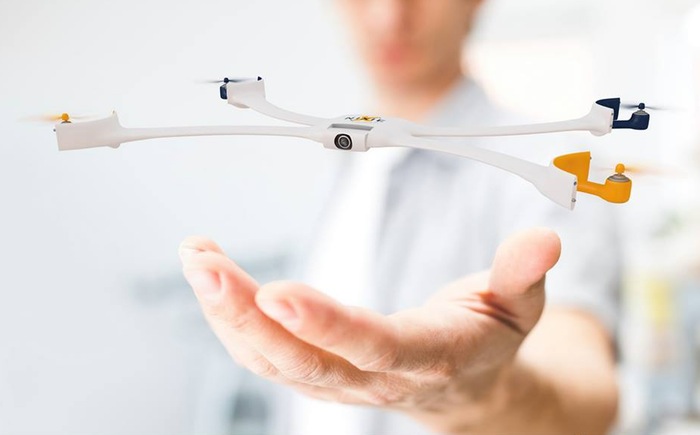 Nearly a year ago Intel launched a new technology competition called ‘Make It Wearable’ for which it offered a top prize of $500,000 to the business or individual that could create the most awesome wearable device.

Today the winner has been announced and The Nixie wearable camera drone we features here on Geeky Gadgets back in September, beat nine other finalists to win the competition’s first prize and the $500,000 in prize money.

Nixie has been created by Christoph Kohstall and is worn on your wrist until required and can then be launched via the flick of your wrist. Once activated the camera drone flies away from you to compose the perfect selfie photograph, captures it and then returns to your wrist. Check out the video below to learn more.

“From team leader Christoph Kohstall, project manager Jelena Jovanovic, and team member Michael Niedermayr, what started off as a flying pair of glasses is now a wristband that unfolds into a remote-controlled quadcopter.

With traditional cameras, shooters have to interrupt the moment to take pictures, and the controls require manual manipulations. Nixie puts you front and center in your photos and videos—without requiring your hands, or your attention. From selfies to panoramas to continuous movies, Nixie offers preset modes for any on-the-go situation.”

For more information on the Nixie camera drone other Make It Wearable finalists jump over to the Intel ‘Make It Wearable’ website for a full run down of their creations that included robotic hands, modular smartwatches and more via the link below.