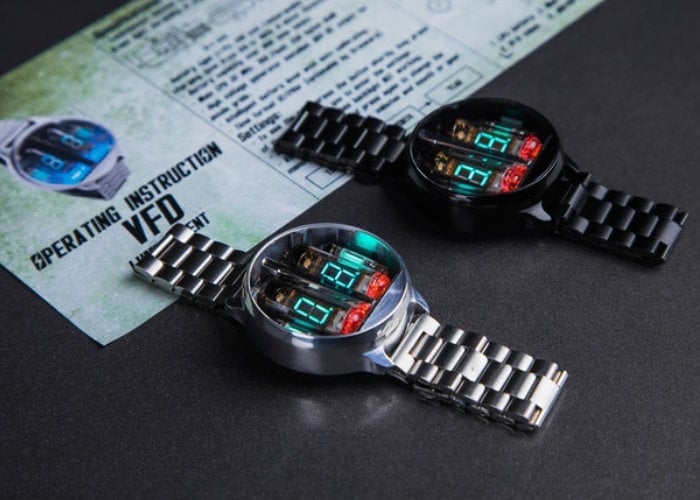 A new Nixie watch has launched via Kickstarter this week with VFT technology finding a unique range of metal and plastic watches based on Nixie tubes. Early bird pledges are available from $190 or roughly £151 and worldwide shipping is expected to take place during September 2020.

“This watches uses VFD indicator tubes. In the world, only a few countries (GDR, JAPAN and USSR) produced vacuum indicators. USSR starting to produce indicators for military needs in 1968. In those days, the whole world dreamed of flying into space. Space race was in full swing. These indicators are not simple in design, but very reliable in operation and resistant to various kinds of overloads. VFD tubes were used in nuclear industry, tanks, armored vehicles, and even in space shuttles!

“VFD indicators need three types of power for proper operation. Power for the filament, power for the anode and segments. It was very difficult to fit everything into such a small format of watches and make this technology autonomous enough so you don’t charge the watch every day. We tested prototypes with multiple overloads to check the reliability of electronics and tubes.

More than 20 different prototypes of watches were assembled. The first prototypes just burned after a minute of use, and very quickly discharged. But e we came to success! In our watches we use only new indicator lamps to achieve uniformity and beauty of the glow. We use only old military supplies.”