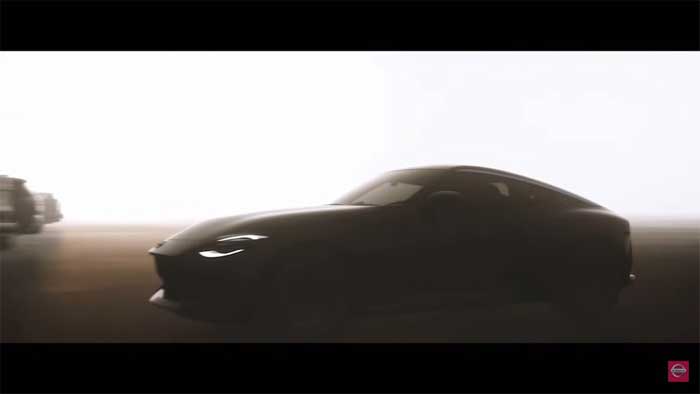 The current generation Nissan Z car isn’t a strong seller. While the vehicle looks decent enough, it’s down on power compared to the competition in its price range and has only two seats. Nissan has been rumored to be remaking the Z car, and it’s now teasing that redesign.

The vehicle, which admittedly is hard to see, it appears to be styled on the 240Z. The car is expected to be a two-seater. Autoblog reports that sources who saw the vehicle at a dealer meeting said that the vehicle has a touchscreen-based infotainment system and a basic interior layout that is similar to the Altima and Sentra.

While sporting only two seats, the car reportedly has a large trunk. Power will come from a twin-turbo 3.0-liter V-6, sending power to the rear wheels with an available six-speed manual or nine-speed automatic. A Nismo version promises about 500 hp. Sales are expected to kick off in 2021 as a 2022 model.