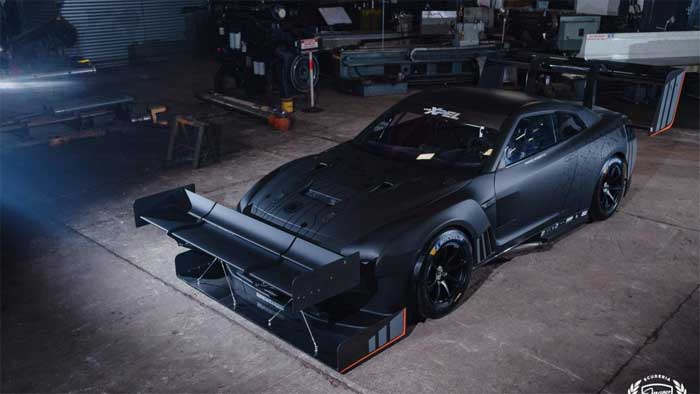 This Nissan GT-R hillclimb car looks pretty weird with the giant wings on the front and rear. It’s not rare at all to see insane wings on hillclimb cars as the drivers want all the downforce so they can stick to the mountain.

This particular Nissan GT-R will be fielded by Franco Scibante Racing and will be raced for the first time at the South African Simola Hillclimb next month. Not only will this GT-R have the downforce, but it’s also got the power too.

The 3.8L twin-turbo V6 is said to make 1,600 hp and send all that power to all four wheels (presumably anyway). If the car does well in Africa, the biggest hillclimb in the world would be a likely target in the future, that is the Pikes Peak hillclimb coming up in Colorado.