Nintendo’s first Wii console was a very popular device, their second one, the Nintendo Wii U has not been as successful, although things may be about to change for Nintendo.

The company has told MCV, that they have seen sales of their Wii U console increase 685 percent last week, this was due to the release of The Legend of Zelda: Wind Walker HD on the Wii U. 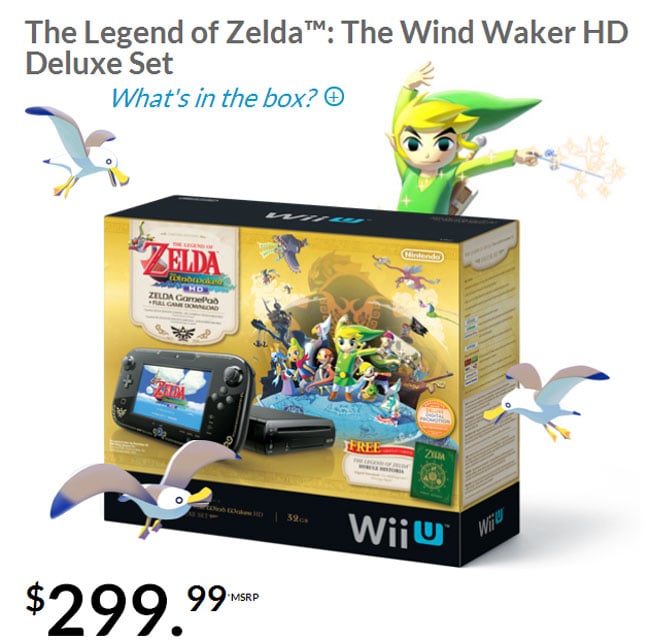 Nintendo recently launched their new Zelda edition Wii U console, which is said to have helped sales of the device, the game itself debuted an number four is the charts last week.

Nintendo have attributed parts of their poor sales of the device to lack of awareness  of the console and also the lack of any major titles for the device.

Nintendo recently started a large marketing campaign for their Wii U console, hoping to cash in on the Christmas sales for game consoles, they also reduced the price of the Wii, which should help them boost sales.

There will also be a new Wii U package later this month, the Lego City Wii U package, which may also help Nintendo increase sales of the device.

Whether or not this big marketing push, the new bundles and also new title for the Wii U will make the device as popular as the original Wii remains to be seen.