We have been hearing rumors that Nintendo will soon launch the Wii 2 console, and the latest news from Nintendo is a price drop on the original Nintendo Wii console.

Nintendo have dropped the price on the Wii to $149.99, and for this you get the console, in  a choice of either black or white, plus Mario Kart and the Wii racing wheel for the game. 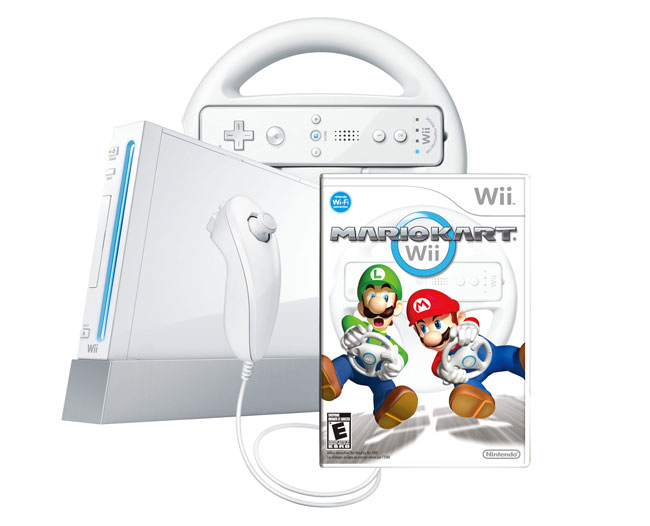 With Mario Kart Wii now included with the Wii hardware, players will be able to enjoy fun go-kart racing with Mario and all his Mushroom Kingdom pals right out of the box. The Wii Remote™ Plus controller, Nunchuk™ controller and Wii Wheel included in the package will all match the hardware, meaning they will be either black or white. The new black Wii Wheel will also be available separately at a suggested retail price of $9.99.

Nintendo is also dropping the price on a range of Wii games to $19.99, which includes The Legend of Zelda: Twilight Princess, Animal Crossing: City Folk, Mario Super Sluggers and Wii Sports.