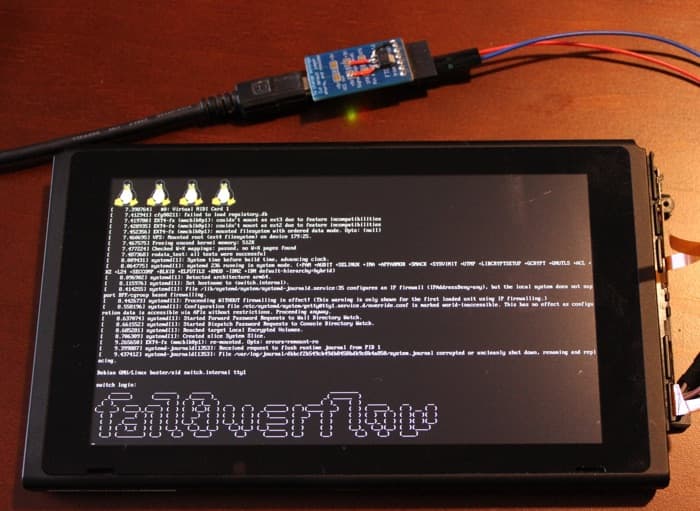 Hackers have been trying to hack the Nintendo Switch, it would now appear that one group has been successful and have managed to gain control of the device. The picture above was posted on Twitter by fail0verflow.

The picture shows Linux running on the Nintendo Switch and it would appear that the device has now been hacked. You can see the tweet below which was posted on Twitter about the hack.

It is possible that this photo could have been faked, but unlikely, fail0verflow have previous released hacks for the PlayStation 4 and the Nintendo Wii, so this is probably the real deal for the Switch. The console in the picture appears to have some external hardware attached, including cables etc, which suggests that the console may need to be modified to run the hack.

There have not been any details released on the actual hack, so it could be some time before the code for the Switch console is released. The Switch has been an incredibly popular console for Nintendo, the console recently outsold its predecessor, the Nintendo Wii U.

As soon as we get some more information on this potential hack for the Nintendo Switch console, we will let you guys know.