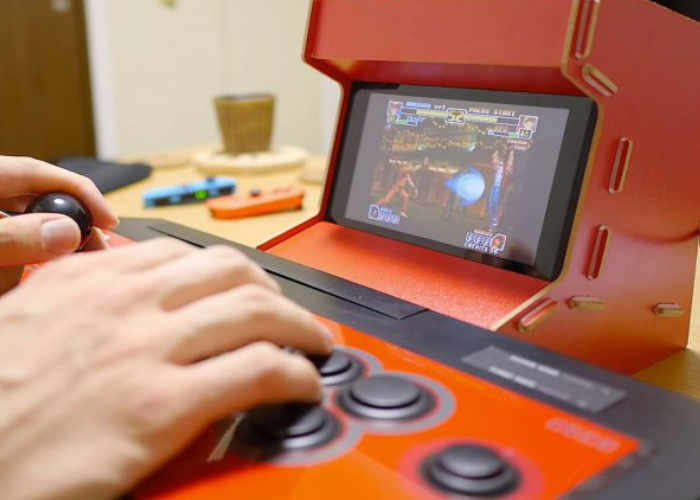 Nintendo Switch fighters looking for a little more control while playing fighting games on the handheld, may be interested in a new Nintendo switch arcade stick setup which has been created by YouTube user NihongoGamer who has purchased a Hori RAP V Arcade Stick together with a cool arcade cabinet kit which you put together using precept panels and a few elastic bands. Check out the results in the video below during which SNK classics and ULTRA street fighter 2 are tested. The Hori RAP V Arcade Stick is now available to purchase priced at around £100 from online retailers.
Watch this video on YouTube.

Do you want to play with arcade stick, like what was used to at your arcade? This Arcade Pro gamepad will return you back to the past. Hayabusa comes in elegant design of red and black. It is licensed by Nintendo’s official company, making it fully compatible with the Nintendo Switch, but can also be connected to your computer via Xinput. With this controller you can play different types of platforms or shooters and return to the old days. At the top of the arcade controller there is an analogue lever and nine buttons with long-lasting durability.