Nintendo has published a new infographic that looks at the success it has enjoyed recently with the new Pokemon X and Pokemon Y games for the Nintendo 3DS. Nintendo says that the game was the fastest 3DS title to sell one million units in the history of the portable console. So far the game has sold over 2 million units in the US alone. 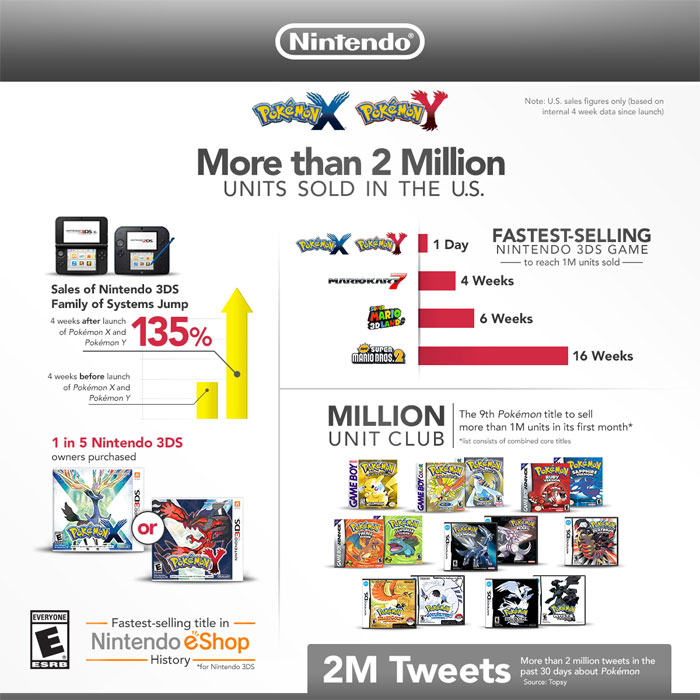 The Pokemon game was so popular that it pushed significant increase in sales numbers for the 3DS console. The four weeks after the game launched saw sales of the 3DS console surge by 135%. Nintendo’s numbers show that 1 in 5 3DS owners purchased Pokemon X or Pokemon Y.

The game was also the fastest selling title in Nintendo eShop history. Pokemon X and Y sold 2 million copies globally in only 2 days after launch back in October. Nintendo also says that over 2 million tweets about the Pokemon franchise have been published in the last 30 days. The Nintendo 3DS continues to be one of the only bright spots in the Nintendo hardware line up as sales of the Wii U continue to disappoint.