The patent shows in the photos that the games would be controlled by moving a virtual racing wheel on the DSI touchscreen, rather than using the left and right buttons which you have to do at the moment. 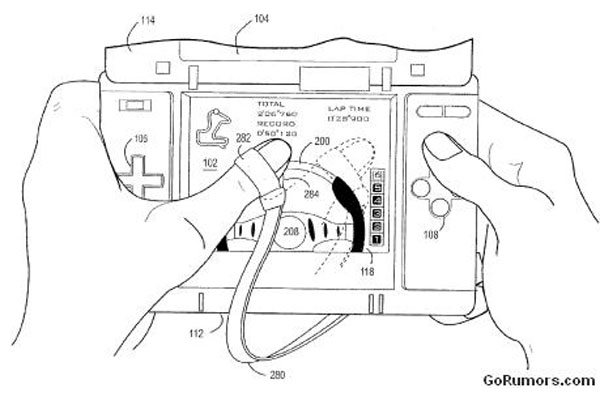 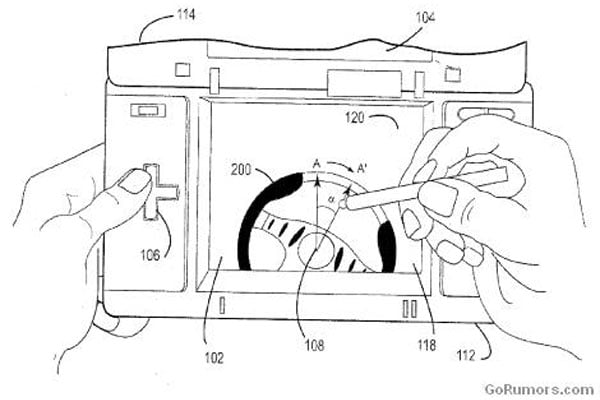 As you can see from the patent pictures you would either be able to control the virtual steering wheel using your thumb or a DSI stylus. It certainly looks like it might make things easier to control, and game play more fun.