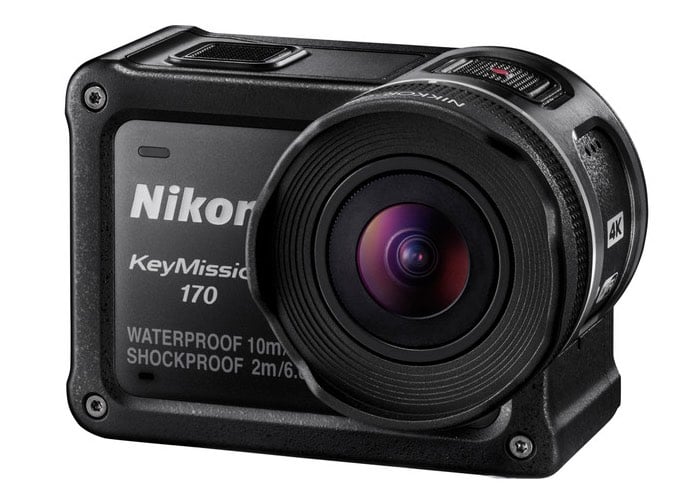 Nikon has today announced the launch of its new Nikon KeyMission camera range which it first unveiled back in January during CES 2016. The range includes the KeyMission 360, KeyMission 170, and KeyMission 80.

The 360 will be price at $499, and capable of capturing 4K ultra HD footage in 360 degree view with in camera stitching. The Nikon Keymission 170 will be similar to a GoPro and provides a rugged 4K Ultra HD camera. While the Nikon Keymission 80 which is meant to be strapped to a backpack or travel bag to provide a point of view advantage point.

The KeyMission 360 remains the same product introduced at CES this past January, but we have more specs information (the KeyMission 360 shown at CES were non-functioning units, placed under glass). To capture 360-degree photos and videos, the KeyMission 360 uses two 20-megapixel, f/2.0 lenses (1/2.3-inch CMOS sensors); each lens has a 194-degree, and the extra field-of-view is for stitching purposes. The camera shoots up to 4K UHD, but only at 24p. It can also shoot in special-effects modes like Superlapse, Time-Lapse, or Loop Movies. 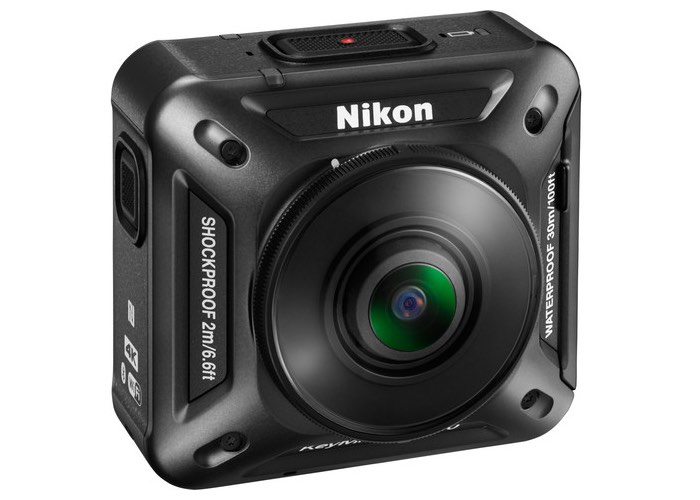 The Nikon KeyMission 170 is a waterproof action cam capable of capturing 4K video (at 30p) with 170-degree field-of-view. Inside Nikon’s new action cam is a 12-megapixel CMOS sensor (1/2.3-inch CMOS, 8.3 effective pixels) that works hand-in-hand with the f/2.8 lens to capture the super-wide focal length. Think of the KeyMission 170 as the traditional action cam. The device is waterproof to 33 feet, shockproof up to 6.6 feet, and freeze proof to 14 degrees fahrenheit – all without the need of a housing. With the optional waterproof housing, however, the KeyMission 170 can operate down to 131 feet underwater. 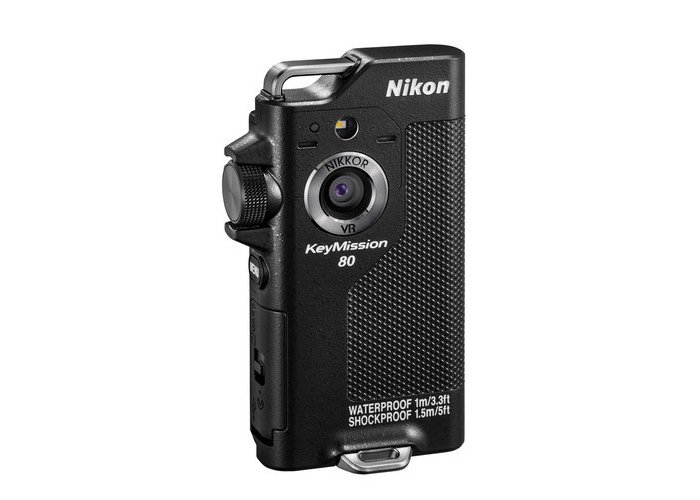 The KeyMission 80 is a bit of an odd camera of the bunch. It’s a wearable, waterproof action cam capable of capturing 1080p video with an 80-degree field-of-view. The camera actually has two separate sensors and lenses: a 12-megapixel rear-facing camera with an 80-degree, f/2.0 FOV and a five-megapixel front-farcing camera with a 90-degree, f/2.2 field-of-view. Designed for capturing everyday moments, like a lifelogging camera, the KeyMission 80 can turn on instantly. It won’t do 4K, but it can shoot at Full HD 1080 at 30p.