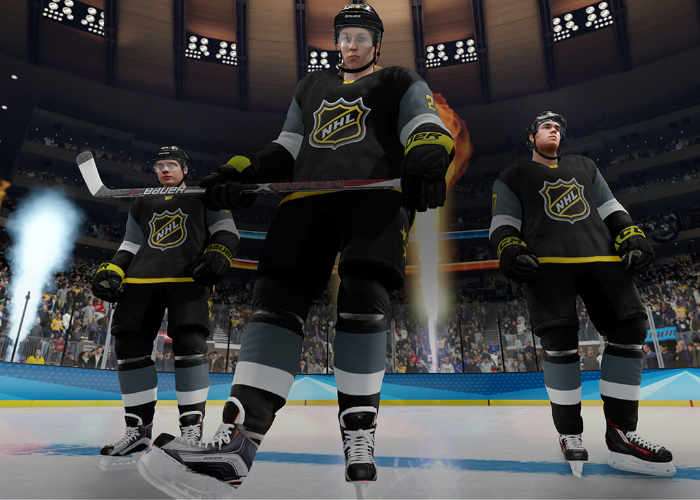 A gameplay trailer has been released this week revealing what you can expect from the upcoming NHL 18 – NHL Threes which will be available to play worldwide from September 15th 2017 onwards.

Check out the latest trailer below to learn more about the NHL Threes feature which has been inspired by “fun, pick-up-and-play arcade sports games where you can play any way you want to, online or offline, co-op or competitive”, say the games developers.

EA SPORTS NHL THREES features a complete single-player campaign mode where you compete against different teams and leagues in a circuit-style journey. Progress through the campaign and unlock objective-based rewards along the way – including new teammates, jerseys, logos and even a few surprises!

Jump into EA SPORTS NHL THREES and keep the pace fast and exciting after the puck drops. No offsides and no icing means anything goes and the fun doesn’t slow down. Every penalty sends you straight to center-ice for a penalty shot and the chance to earn a crucial goal.