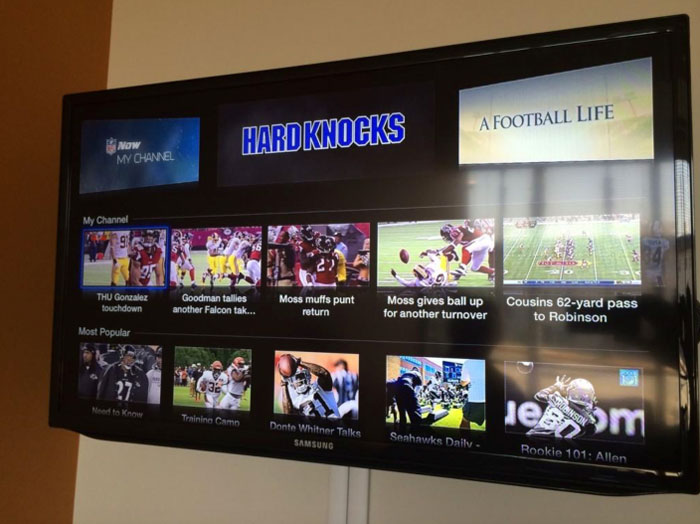 An image has turned up online that shows the NFL Now app running on the Apple TV set top box. NFL Now is tipped to be coming to the Apple TV device this month and will bring with it all sorts of NFL football content for fans to enjoy. The leaked image was reportedly from an NFL employee during testing of the app on the Apple TV.

The app will bring with it all sorts of NFL content for fans of pro football to enjoy. The content will include original material created for NFL Now. Highlights of NFL action will be included and content produced by NFL teams will be featured as well. That team produced content will be material like locker room interviews and player features.

Live press events, conferences, and other content as well as NFL film content will also be offered via the app. NFL Now is also tipped to be coming to other platforms this year including the Xbox, iOS devices, and Roku set top boxes. Fans of the NFL should get NFL Now on the Apple TV in time for the 2014-2015 NFL season.