If you own a Nexus S 4G and were a little disappointed when Skype 2.0 received a major update that enabled a number of Android phones including the Nexus S to use Skype 2.0 for video calls.

If you are the owner of a Nexus S 4G you will be pleased to know that a hotfix update has already been rolled by Skype for Nexus S 4G users. The new update now enables Skype 2.0 on the Nexus S 4G to make and use the video call features within Skype. 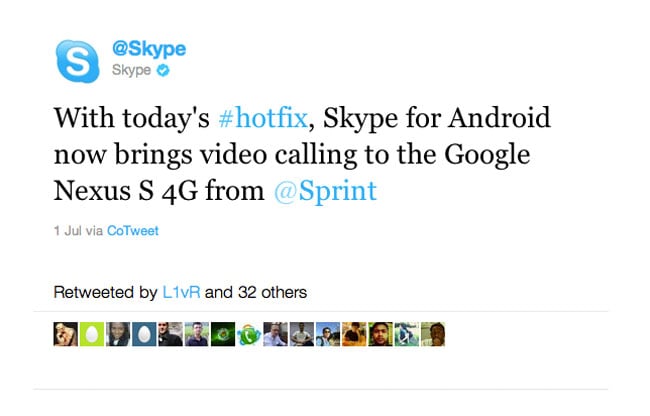 You can now download the updated application from the Android Market if you haven’t already. Lets hope more updates roll out just as quickly for other Android phones.