UK Mobile carrier Three has announced that they will be offering the Google Nexus 5 on their Network, the handset will be available to buy from Three later today.

Three will be offering the Google Nexus 5 on a pay as you go basis, and also on their various monthly contracts, the handset will be available for free on a two year £40 a month contract, you can see details of what will be available below. 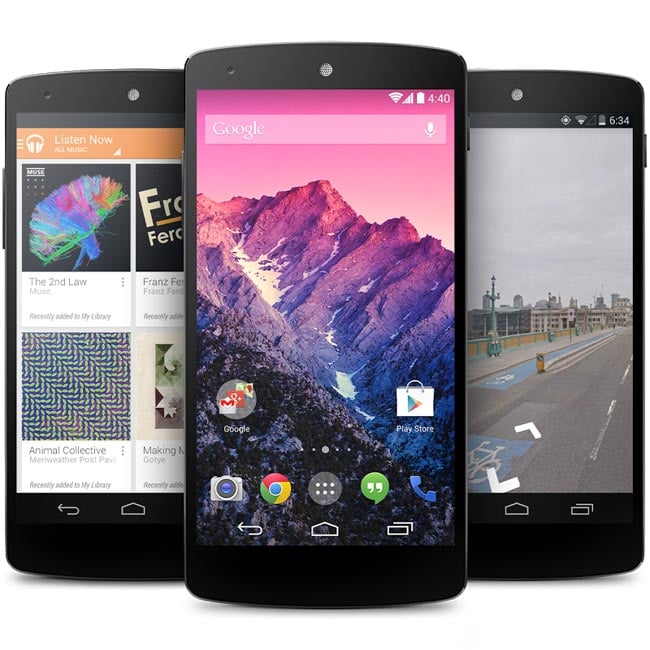 The Google Nexus 5 comes with Android 4.4 Kit Kat and comes with a 5 inch full HD display with a resolution of 1920 x 1080 pixels, the device also features a quad core 2.3GHz Qualcomm Snapdragon 800 processor and 2GB of RAM.

There is a 1.3 megapixel front facing camera for video calls and an 8 megapixel rear camera with optical image stabilization, it also features a choice of either 16GB or 32GB of built in storage.

You can find out more details about the Google Nexus 5 and the contracts available with Three over at their website, the handset is also available unlocked from the Google Play Store.