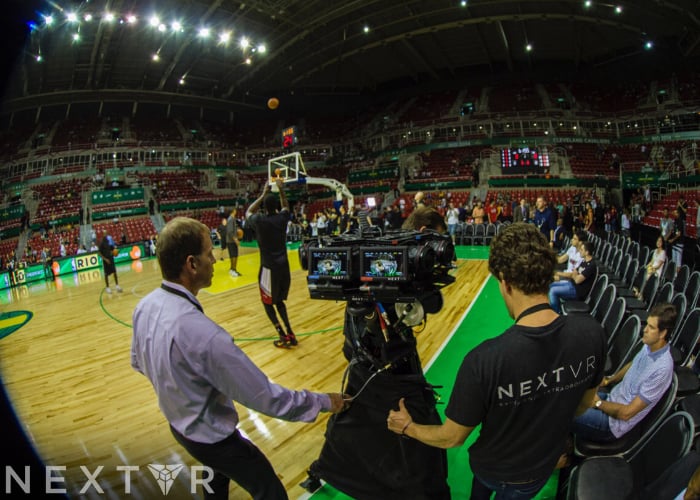 If you would like to get more immersive when viewing concerts, sports and arena events you may be interested in know that the NextVR VR broadcasting app for the HTC Vive has now arrived on SteamVR. NextVR has been created to provide virtual reality users with immersion to put you right there in the action for NBA games, WWE, NHL, boxing, NHRA, ICC soccer, concerts and stand-up comedy with all the energy and excitement of the venue.

– Get courtside for live free preview NBA League Pass games, plus access replays, highlights and more on-demand features.
– Get on the ice for top NHL hockey highlights.
– Get in the ring for WWE and boxing matches.
– Get on the pitch for soccer match replays & highlights.
– Be in the front row for concerts, stand-up comedy, and more!

“You can even explore haunted locations with Paranormal Evidence investigations, plus other award winning NextVR Originals. NextVR is delivering the most immersive sports, music and entertainment experiences in virtual reality by providing access to events that fans may never see in person. Through world-class partnerships with industry leaders including the NBA, NHL, WWE, FOX Sports, Live Nation, NHRA, International Champions Cup, and Gotham Comedy, along with a growing selection of new original programming, NextVR provides fans around the world the opportunity to experience events with the highest fidelity in virtual reality.”

For more information jump over to the official Steam page via the link below.