Hasbro has unveiled its next generation creation of the classic Monopoly game, which is controlled by a central computer situated in the middle of the gaming board. The master controller is a 10 inch tower positioned in the centre of the board, that keeps an eye on the games proceedings reducing the disputes that sometimes arrive in heated game moments. 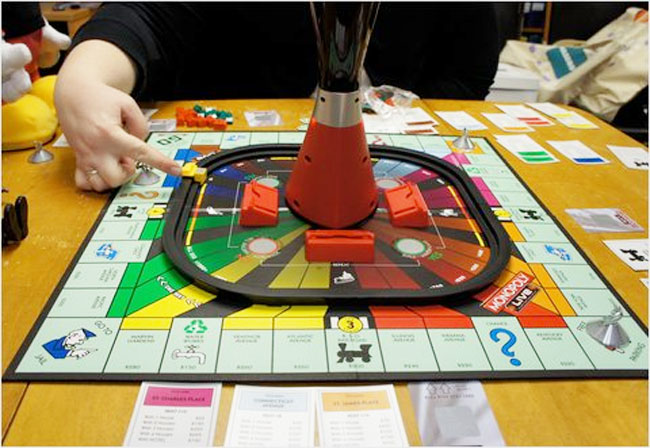 In the new Monopoly Live board game, you can still land on Mayfair and collect $200 for passing go (or double if you play those rules), however the money is now virtual and is applied to your bankcard, rather than using paper notes. The central control computer handles everything from dice rolls to rent calculations and even knows where you are are and whose turn it is next. Cheaters beware…

The new Monopoly Live game will arrive this Autumn for around $50.