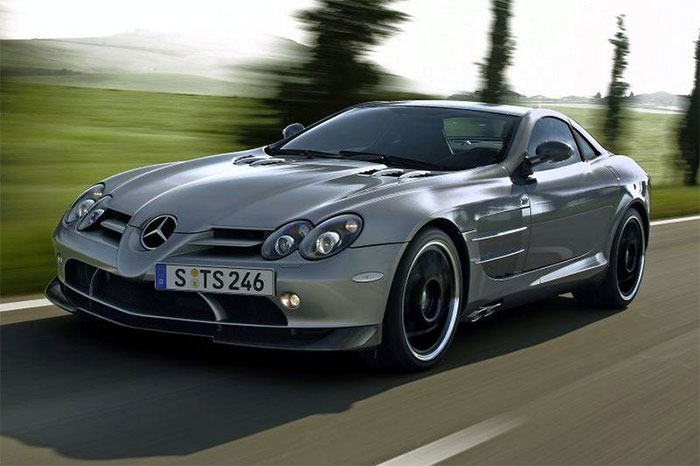 Some new rumors are floating around that suggest Mercedes-AMG is out to make a successor to the high-performance and sexy SLR. The big feature of the SLR that everyone remembers are the cool gull wing doors, but it sounds like the SLR replacement might not have those doors. Rumors point to two distinctly different SLR possibilities.

One rumor suggests that the SLR replacement would be a front engine car with a turbo V6 and electric power making a combined 650PS. This rumor suggests a new door treatment and active aerodynamics. Pricing is rumored to be somewhere around the €250,000 – 300,000 range per car with annual production of around 3,000 units.

The other rumor is for an altogether different beast. This rumor suggests the SLR replacement would be a mid-engine turbo V8 monster with hybrid power pushing total output to 1050 PS. This car would be limited to no more than 750 units and would have a price over €1 million to start. The rumor suggests lots of carbon fiber in the build and performance to target the McLaren P1, LaFerrari, and Porsche 918. Both rumors suggest the new car will bow in around 2018.