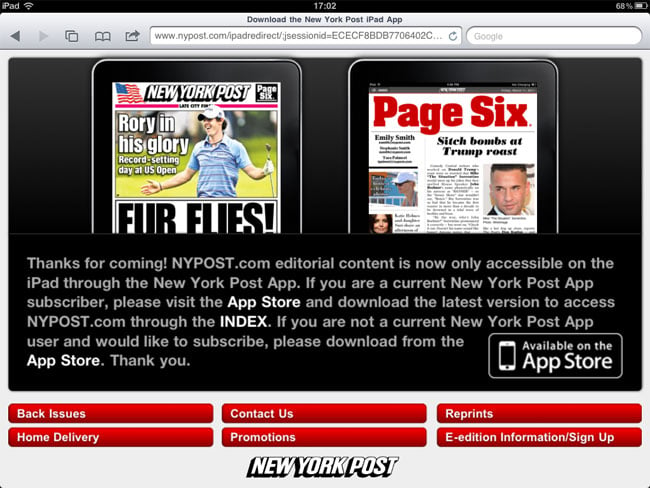 It seems they have only blocked mobile Safari, because  if you use another browser app on the iPad, like Opera Mini you can still access the New York Post’s homepage, we wonder how many other companies will adopt these sort of tactics in an attempt to get people to sign up for their subscription based iPhone and iPad apps.