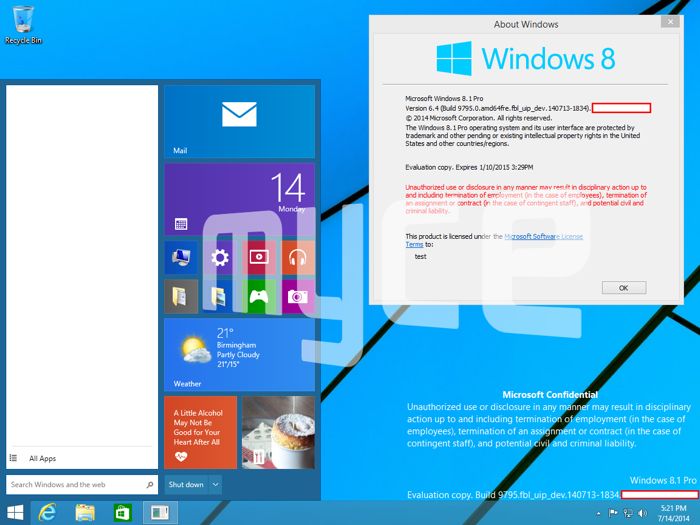 Microsoft has been making a number of changed to Windows 8, the company is also working on the next version of their OS, and now we have some Windows 9 screenshots.

The two Windows 9 screenshots were revealed by the guys over at MYCE, they are from a build of Windows 9 which was compiled on the 13th of July with build number 9795, and they show the return of a Star Menu in Windows 9.

The build pictured in the screenshots, build 9795, was compiled on July 13th and is part of the uip_dev feature build lab (FBL). UIP stands for User Interface & Platform so it is basically just the team responsible for UX changes like the start menu and windowed apps plus some under the hood kernel changes. 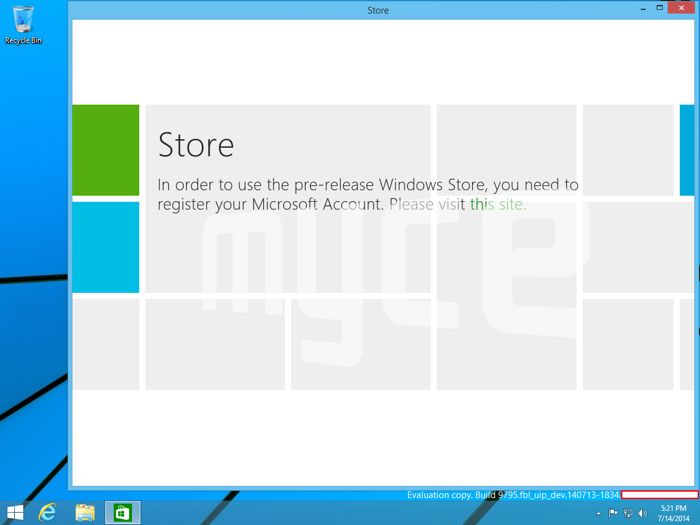 As well as the Start Menu, the Windows 9 screenshots also show fully windowed apps, this is something we have not seen before, we previously heard about the start menu returning to Windows 8.

These two changes would be significant from the current release of Windows 8, it is not clear as yet on whether Microsoft ay introduce the windowed app feature to Windows 8, or whether we will have to wait until Windows 9 to see this. Head on over to MYCE at the link below for more information.