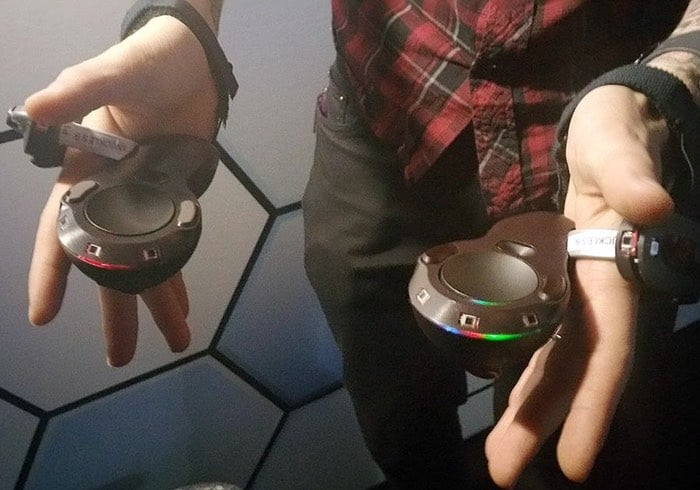 During the Steam Dev Days conference in Seattle this week, Valve has been showcasing its new prototype virtual reality controllers which is still currently under development.

The latest design includes a band that hooks over the hand of the users and connects the core of the controller to the back of the hand. Allowing users to open their hands completely without any fear of dropping the controls on the floor, allow the controllers to remain attached to their hands.

Watch the quick teaser video published via Twitter below, for an overview of what you can expect from this latest VR controller and its unique design. As you can see the prototype controllers are covered with SteamVR tracking sensors and in total the 21 sensors and incorporated into the new Steam VR controllers

Unfortunately valve is keeping the specifications for the latest VR controllers under wraps until a later date. When hopefully they will announce pricing and availability, and maybe even a second-generation SteamVR headset.