New unannounced Slingboxes have been spotted in the wild this week at Best Buy, in the form of the Slingbox 350 and Slingbox 500, which are expected to be available later this month.

From the details on the packaging both of the new Slingboxes seem to be capable of streaming 1080p, which is an improvement on the previously released Slingbox Solo and Slingbox PRO-HD devices that support only 720p streaming. 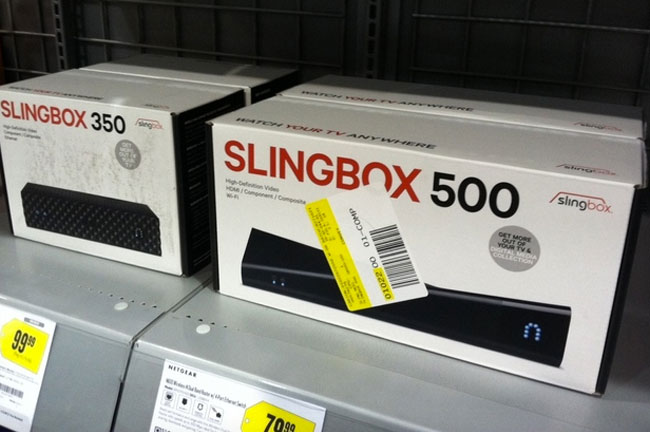 The two new additions to the Slingbox range were spotted by Dave Zatz of the Zatz Not Funny technology website. Who was able to take a few photographs of the new arrivals for all to see.

Which sport a newly designed case and have been designed to “placeshift your home television content around the house or the world to desktop and mobile software clients”.

The last Slingbox was launched almost four years ago, so it good to see that new arrivals have been launched, even if it has been a ninja style release. Unfortunately no information on pricing or worldwide availability has been released as yet, but Best Buy explained that they should be launching on October 14th or 15th.