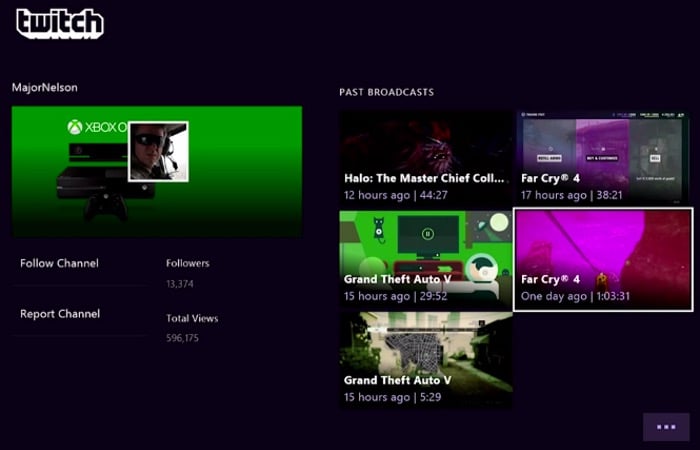 Twitch has this week released a major new update for its Twitch Xbox One app, bringing with it a wealth of new features, tweaks and enhancements for Xbox One gamers to enjoy. Including a new Twitch filtering system that has been designed to help you find exactly what you might be interested in watching instantly using highly adjustable a filtering.

“Xbox One helped cement Twitch’s place in the living room with its robust set of features,”- “With this impressive set of updates, including the ability to now follow the games you want, view archived videos and have access to more advanced directories, video game streaming and spectating as part of the home entertainment experience is only going to get stronger.”

For more information on the new Twitch Xbox One app jump over to the Major Nelson website for details via the link below. Microsoft explains a little more about the new app :

“Want to search for the Call of Duty: Advanced Warfare broadcaster with the highest kill/death ratio? How about instantly queuing up a Halo match from whoever has the highest rank in Slayer mode, or finding Forza Horizon 2players who are driving a specific class of car?

This is just the tip of the iceberg when it comes to the Twitch on Xbox One app’s broad array of new search options, which unleashes a whole new level of innovation and community-building potential. This new Twitch experience also helps up-and-coming broadcasters find audiences. After all, if you’re one of the best players of a game, yet you’re brand new to Twitch, you could quickly attract attention as viewers filter by skill.”