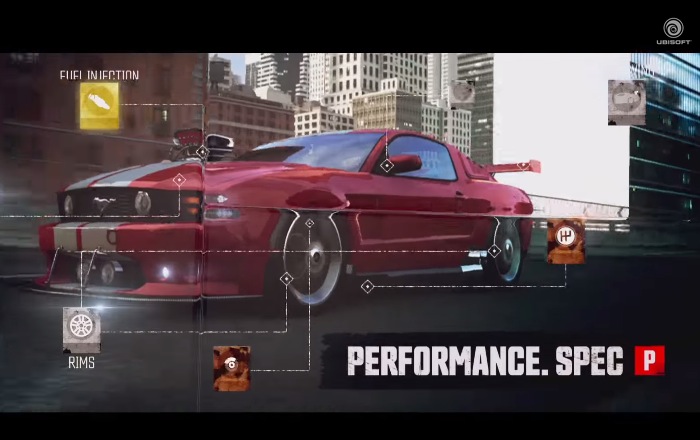 Ubisoft has today released a new trailer for its upcoming The Crew, street racing game which provides gamers with a first teasing glimpse at the customisations they will be able to add to their rides to gain extra performance and the racing edge over the competition.

The Crew game is currently taking registrations from both PlayStation 4 and Xbox One gamers to take part in the closed beta development stage that will be launching soon, ahead of the game’s final release on December 2nd, 2014. Check out the latest teaser trailer below.

“The Crew is an open and persistent world for racing across the United States. It takes 90 minutes to drive from coast to coast in-game. The single-player campaign is 20 hours long, and entails infiltrating criminal groups.

Players can also participate in mini-games called skills that are peppered across the world. They are triggered when a player drives through them and it involves completing challenges such as weaving through gates and staying as close to a racing line for a period of time.

Players’ scores are automatically saved so friends can try and beat their scores, in similar fashion to how Autolog works in games of the Need for Speedfranchise. Missions can be played alone, with friends, or with online co-op matchmaking.”

For more information on the new The Crew game currently under development by Ivory Tower and Ubisoft Reflections jump over to the official The Crew website for details and to register for the closed beta.