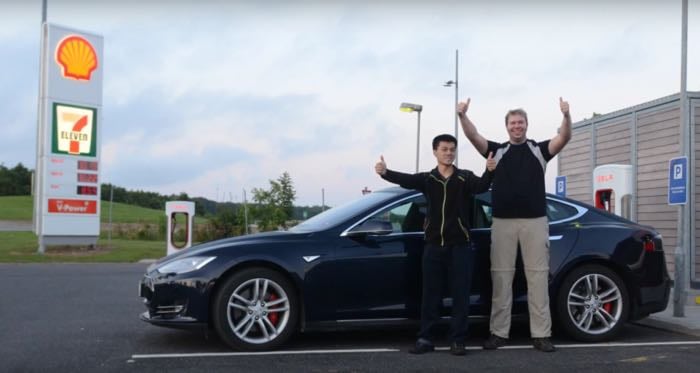 Bjorn Nyland  and his friend Morgan Torvolt have set a new world record for the longest distance traveled on one single charge is a Tesla Model S.

The Tesla Model S P85D comes with an 85-kWh battery pack which is the largest that Tesla offers on their model S at the moment.

The previous world record for the longest distance traveled in the Model S with an 85-kWh battery pack was set back in 2013 by David and Adam Metcalf, the distance they managed was 423.5 miles.