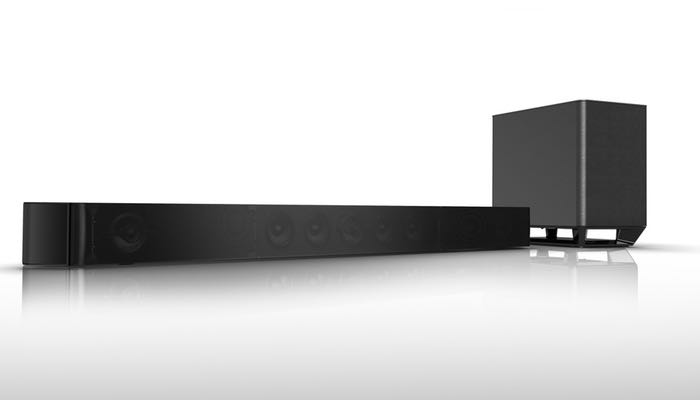 Along similar audio systems and soundbars that were unveiled by LG earlier this month, Sony has also unveiled their new range of soundbar hardware that are now equipped with Google Cast streaming technology.

The Sony HT-ST9, HT-NT3, and both new A/V Receivers have Google Cast built in enabling users to cast their favourite music apps from a m mobile device to speakers.

The Sony HT-ST9 Sound Bar is equipped with a wireless subwoofer and features 800 watts of power and 7.1 channel surround sound from seven discrete amplifiers and nine speakers. The HT-ST9 is Hi-Res capable and also supports Spotify Connect. The HT-ST9 has three HDMI inputs for easy set-up, and brings full-room cinematic simulated surround sound to life and wireless, front-firing subwoofer with passive radiator.

Prices and availability for the new hardware :