That’s right, instead of your phone giving you cancer—itself an unfounded claim—researchers at Harvard have unveiled a smartphone compatible gadget that helps detect it in its early stages. 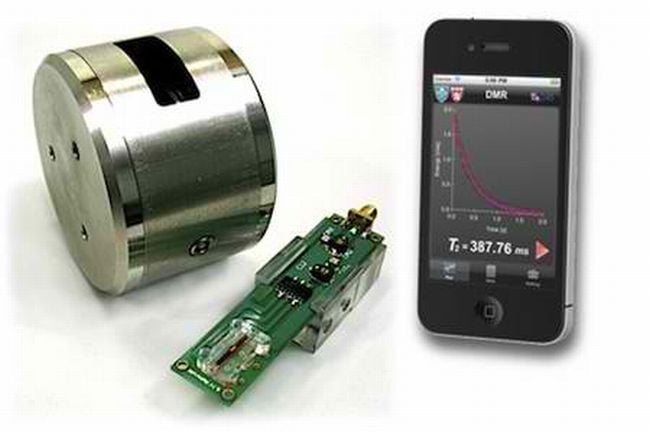 Extracting large tissue samples are painful, cancers are malignant and insidious. Both conditions have caused no small amount of grief among patients. Researchers at Harvard Medical are now testing a prototype handheld device attached to a smartphone that takes very small tissue samples and tests these for signs of cancer within half an hour.

To date, the technology is still a prototype so don’t expect this to be at the disposal of caner doctors for a while.

Here’s a good chunk of the source article explaining in greater detail:

“Andrew Seidman, a clinical oncologist at Memorial Sloan-Kettering Cancer Center, says that the detector’s appeal lies in being less invasive than core-needle biopsies. He believes it would be most helpful for guiding cancer therapy. Tumors evolve during treatment,” Seidman says. ‘I can see this as a safer way to do serial biopsy—to reassess the biology of a patient’s tumor and adjust treatment as the cancer progresses.’

In the future, the technology could replace core-needle biopsies for cancer diagnosis, Seidman says, but right now, ‘it’s not ready for prime time. It’s a promising technology but needs to be further refined and validated in larger cohorts.”