We heard earlier today that we may get an official announcement from Samsung on their new Galaxy S III smartphone some time in April, and now another image has been leaked which is reported to be of Samsung’s new flagship Android smartphone.

The image below is from the guys over at GSM helpdesk, and it apparently looks very similar to previous leaked images of the handset. 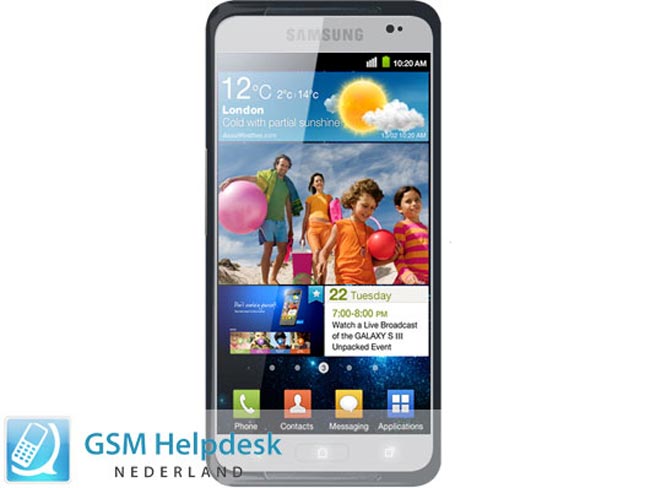 We still don’t have any official specifications on the new Samsung Galaxy S II, but the device is rumored to feature a quad core 1.5GHz processor and a 12 megapixel camera.