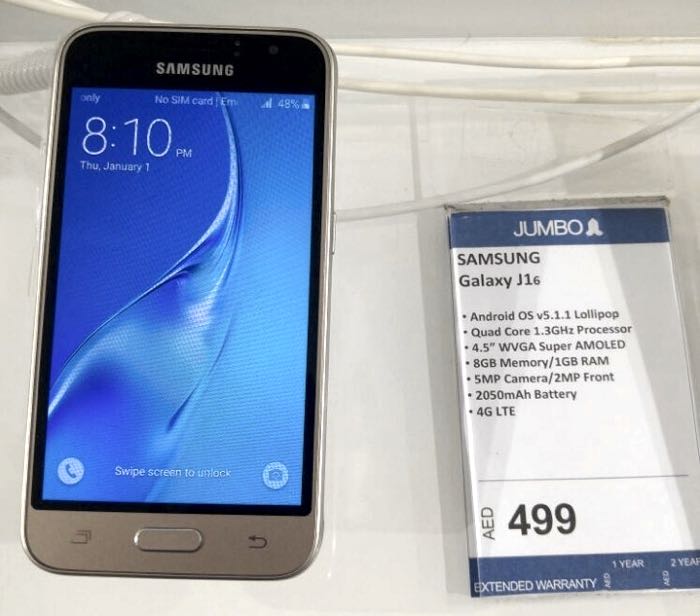 We have been hearing a number of rumors about the new Samsung Galaxy J1 and now it looks like Samsung has launched the handset in Dubai.

The photo above was sent into GSM Arena and it shows the new 2016 Galaxy J1 smartphone, the photo was taken at an electronics store in Dubai.

The handset comes with a 4.5 inch Super AMOLED display with a resolution of 800 x 480 pixels and the device is powered by a 1.3GHz quad core Samsung Exynos 3475 processor.

Other specifications on the handset include 1GB of RAM and 8GB of built in storage, the device also comes with dual cameras.

The new Galaxy J1 retails for AED 499 in Dubai, which is about $135 at the current exchange rate, as yet there are no details on when it will be available in other countries.