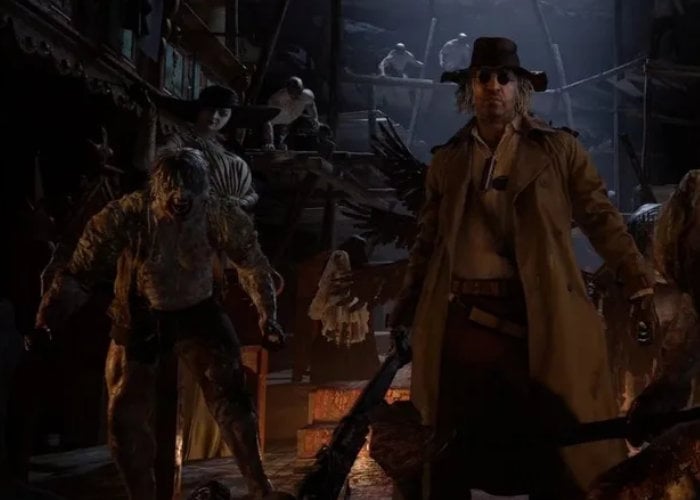 New Resident Evil Village gameplay has been published to the official PlayStation blog this week revealing more details about the game’s combat, villains and environments which will need to overcome. The deeper dive into the village and castle settings provides an overlook of the enemies lurking within and how you will confront them explains Gillen McAllister from SIE on the official PlayStation blog.

Last week it was confirmed that the bonus game mode The Mercenaries was making a return in Resident Evil Village when it launches early next month on May 7, 2021. The survival horror game has once again been developed and published by Capcom and will be the 10th major instalment of the Resident Evil series and a narrative sequel to Resident Evil 7: Biohazard.

“We’re only a few weeks away from the return of Capcom’s survival horror series. Launching May 7 on PlayStation 5 and PlayStation 4, Resident Evil Village thrusts RE 7’s everyman protagonist Ethan Winters into a new, horrifying scenario. Torn from a blissful family life by events beyond his control, the once settled husband and father now finds himself lost and alone in a remote region of Eastern Europe, driven by a single goal: find his kidnapped infant daughter.”

“The feral beasts that have snarled their way through the trailers to date have an official name: Lycans. They’re the main threat to Ethan and others during our time in the village portion of the demo. Capcom explains these creatures mainly attack in packs, so it’s best to isolate and pick off one at a time. That information is paired with an unsettling image: lone Lycans hunched on the rooftops here and there around the village. Each growls and slowly shifts their position as Ethan passes. It’s incredibly tense. To shoot is to be overrun, yet you’ll never know when they may pounce. “