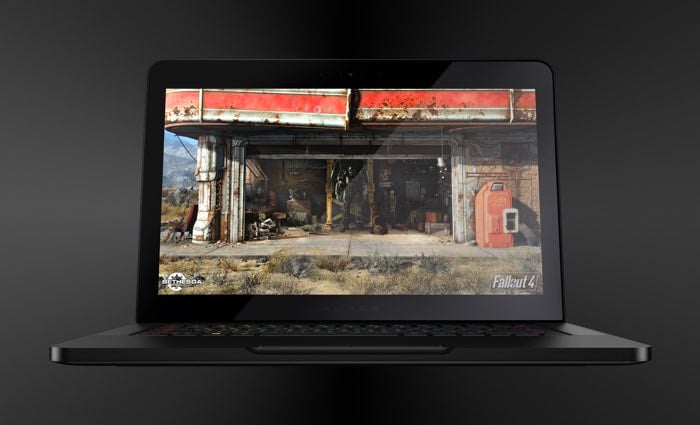 Razer is launching a new version of its Razer Blade notebook for gaming and it has received a number of upgrades over the previous model.

The new Razer Blade notebook comes with the latest Intel Core I7 processor and features a NVIDIA GTX 970M GPU which has 6GB of VRAM, there is also a PCIe SSD and 16GB of dual channel DDR4 RAM.

“We are getting much more aggressive as far as price point, but that hasn’t come at a cost to the performance or design of the Razer Blade,” says Min-Liang Tan, Razer co-founder and CEO. “We’ve improved nearly every aspect of the 14-inch laptop, from CPU and GPU performance to system memory and port selection. Chroma technology unlocks an unprecedented, immersive experience on a gaming laptop.”

The new Razer Blade will be compatible with the Razer Core external graphics enclosure in the near future. Utilizing Thunderbolt™ 3, the Razer Core will connect to the Razer Blade, providing desktop-class graphics and additional connectivity such as USB 3.0 and Ethernet.  Thunderbolt 3 provides remarkable connectivity via the Blade’s compact USB-C port at speeds of up to 40 Gbps, the fastest, most versatile link to any dock, display or data device.

It features a 14 inch display with a 3200 x 1800 pixel resolution and it lighter than the previous model weighing just 4.25 pounds.

Pricing for the new Blade notebook starts at $1,999, which is cheaper than the previous model which had a start price of $2,399, you can find out more details at the link below.