iD Software have released another follow up trailer for its new game RAGE, which is expected to be out in September for the PC, PS3, Xbox 360 and Mac.

It been a long time since iD Software have released a game, with their last being back in 2004. But the new RAGE game from the creators of Doom & Quake looks very promising from the couple of trailers that have been released this year. Watch the lastest to be released after the jump. 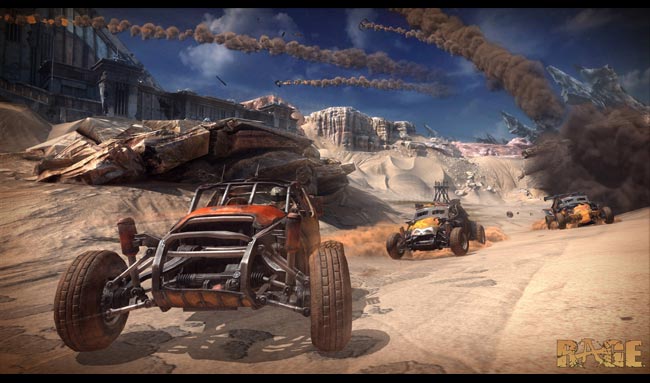 RAGE is a first person action game (FPS) with added vehicle combat and vehicle racing in a post apocalyptic world. Even though RAGE is predominately a FPS game it will also feature some role-playing game (RPG) elements, an inventory system and the capabilities of weapons will be based around types of ammo.